After a long hiatus as life has happened here you go with another Jem.

Yesterday, I managed to survive the round robin parent-teacher conferences at both the high school and middle school, and while I got great reports on both kids one incident made one teacher and me laugh so hard that everyone was staring at us. Some of my friends in the teaching field might enjoy this one too.

A little background first. Jack does not like to redo work, to him it is quite possibly the worst fate imaginable. So, in general, he turns in work to the standard he thinks is fine. As you can imagine a pre-teen has pretty low work standards which leads many teachers to return work to be redone. Again, Jack hates this "A LOT" especially when it comes to social studies work.

Now to the incident. Jack's social studies teacher is a very jovial guy and found the whole event humorous so no feathers were ruffled here. Recently Jack was given an assignment to complete which he did to his (low) standards to which his teacher responded by returning the work. In the conversation that ensued the following took place. His teacher explained to Jack that "sometimes you have to accept work you don't like." To which Jack responded by handing the assignment back to his teacher and saying "exactly".

His teacher told me that he had to look away to keep from laughing. In the end, Jack did make corrections and his teacher acknowledges that he can't give Jack much room to work within the future.
Posted by jack's jems at 11:22 AM 1 comment:


Last night at the kitchen table Jack was grumpy and getting in a little bit of trouble.  At one point he got up from the table and went to get something from the kitchen.  Well, at our house you ask to be excused from the table, so I had him come back and sit down in order to do it correctly.  If you can image he was not to happy about this, but The Mom nicely explained the rules to him again.  He then proceeded to ask nicely to be excused, but as he got up from the table he leaned into The Mom like he was going to yell at her.  The best I can describe this little motion was the little bring it on move you see before two people fight.  If you can image that did not go over very well. As the The Mom quietly ( where is the sarcasm font when you need it!) scolded him on what polite behavior was he slipped in the following little Jem.


"I WISH YOU WOULD QUIT TRYING TO RAISE ME PERFECTLY!"

Both The Mom and I had to look away after that one so he wouldn't see us laugh.  Man it was hard not to laugh out loud.  Good news is that he got himself back under control and managed to hit us up with yet another Jem for the evening.

A little while later while sitting at the table we were discussing misbehavior in a very silly fashion when Jack told  The Mom that he would give her a spanking.  To which she responded that nope that wouldn't happen.  Here is where I chimed in and asked Jack if he know why he wouldn't be able to spank mom. I gave him a hint that she had something he didn't, now my implied thoughts was that she had back up, aka.. ME.  Jack didn't catch on to what I was implying, and made his first guess was she had a belt.  We all chuckled and I said nope you have a belt too, it's something else.  During this whole exchange The Mom is sitting there looking over the top of her glasses giving him the MOM LOOK.  You know that look we all have gotten it at one point in our lives (or lots of points for some of us).  Well it was with this as a back drop that Jack decided on his next guess.

Questioning was over, and  everyone is laughing out loud and Jack is stilling there wonder what was so funny.  One of these days he will figure it out.

Enjoy
The Dad
Posted by jack's jems at 7:15 AM No comments:

It's all about the feet

Last week I had a conversation with Jack about trying to play rugby in a local youth league. When I had asked Jack about playing, he told me that all he wanted to do is run around and tackle people. To which I responded, "well that is pretty much what rugby is."  Anyway, Jack decided that he was really not all that interested.

So today I was telling "The Mom" about the conversation Jack and I had had, when out of the other room we hear the following;

"I don't want to play rugby, athletes get foot fungus!"

Good to know that if you're an Athlete you will automatically get Athlete's Foot.

Sage Advice, Enjoy,
The Dad
Posted by jack's jems at 6:00 AM No comments:

Like most parents, when our kids do something really cool you want to brag about it. However, before I could find the time to sit down and produce a post about how awesome Jack is, he goes and sneaks another really cool moment in on me. This time though I find myself both proud and a little disturbed at the same time.

Well, this little Jem starts about a week ago when Jack starts telling me about this dog he saw that had "heterochromatic" eyes.  What did he just say, no really what did he say?  I found myself just staring at him for a minute while my old brain was running through the Rolodex (yep, my brain is that old) trying to recall the meaning.  After some smoke and a lot of pain I remembered it was a reference to different colored eyes.

I must have stood there staring at the boy for a while, because when my mind started functioning again Jack was just staring back at me.  With my newly gained composure I asked him if he knew what heterochromatic meant.  He looked up at me with what may have been a little disdain and said "yes, it means that they have two different colored eyes."  I then asked where he had learned such as big word. The response I received was an indication that he was now done with this conversation, "Youtube, Minion Facts."  Then he was gone, and I was standing there in awe of the boy.

Fast forward to this morning and the use of another big word, surprise!  To set the stage a little, we are currently dog sitting "Mr. Mater" for a friend of ours, and it's reasonable to say that even the United Nations couldn't broker a peace agreement between Mater and our cat Shadow.  I will say that the constant state of tension is due in large part to our cat antagonizing Mater, and keeping with this modis operandi Shadow was standing on the kitchen table hissing at the dog.  No self respecting dog is going to take this kind of treatment, so he begins to growl.  Here is where Jack the Peacemaker steps in.  Jack stares Mater right in the eyes and says " Mater don't disembowel Shadow."  Again I find myself staring at Jack, partly amazed at his use of the word disembowel, but also disturbed that he knew the word.  If you are wondering whether I asked Jack how he knew that word, well of course I did.  His response to my inquiry, was simple and yet disturbing, "Mom and your police game."   Well Damn, I thought I was being careful when he watched me play the game. Then it hit me that maybe he doesn't really understand what it means.  HAHA, silly me!

Dad: Jack, what does disembowel mean?
Jack: It is when their guts are cut open and pulled out.
Dad: How did you get that from the game? ( they don't say it like that in the game)
Jack: I read the autopsy reports in the game, their gross.

Again, I am standing there watching him walk off in stunned silence.
Posted by jack's jems at 8:53 AM 1 comment:

You Just Can't Fight It

Sorry again for another long hiatus, but finding time to sit down an write has been difficult.  I do have a list of his profound observations and hopefully will get them posted soon.  Here is a quick one from a few minutes ago to hold folks over.

Jack has always been an early riser, we're talking between 5 and 6 am every morning no matter what time he went to bed.  That has changed recently, he now sleeps in and has to be woken up on school mornings and only on school mornings. Every other day he is wide awake at his traditional time, and with today being Saturday he was up early. So, I decided to confront him about his inconsistent sleeping habits, and as usual he had me mentally out gunned.

When I asked him why it was he had to be woken up on school mornings, but was happily up before 6 every other day I was given this response:

Dang him, I guess you just can't fight nature!  I need more coffee
The Dad
Posted by jack's jems at 6:20 AM No comments: 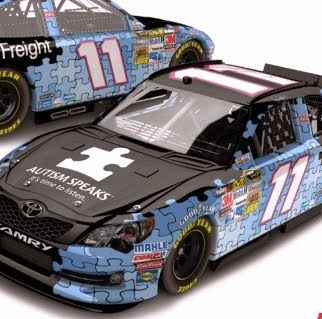